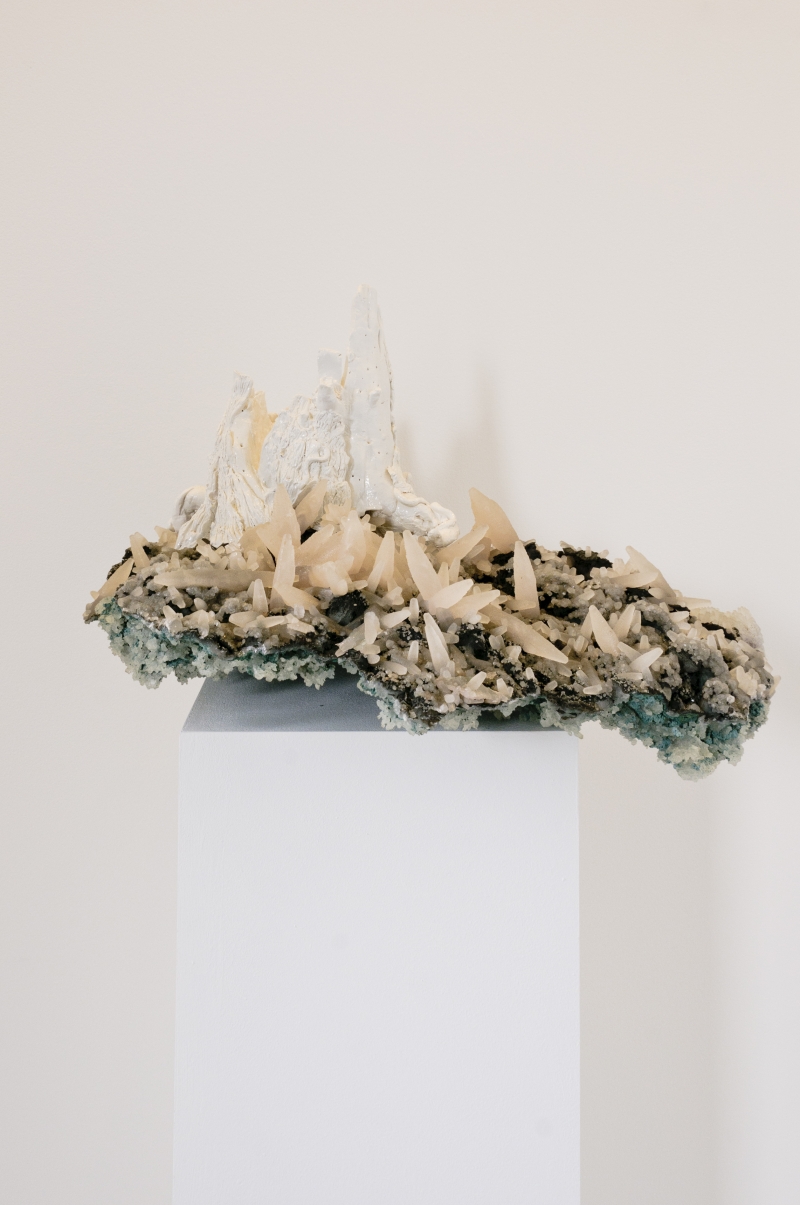 David Casini (Italie, 1973) Lives and works in Montevarchi (Italy) and Geneva (CH) Exploiting the potential of a craftsmanship of return, David Casini translates his conceptual poetics into the traditional language of the « fine arts » - such as ceramics, drawings, embroidery – to arrive at a re-materialisa tion of the work in which attention to gesture and the two dimensional surface of the picture has been initially interpreted through an analytic approach of reflection and breaking down of the elements. Right from his earliest works raw canvas gave way to a richer and more seductive material like simulated leather – susceptible to imple mentation in a great number of colours – whose elastic and epidermal elasticity is emphasised by the fascination of the inorganic. On this he unravelled the embroidery of a formal synthesis of certain mechanical components related to the very sewing machine that had generated it. The result was a controlled and precise execution, not without an abstract and musical rhythmicity. Evident in his recent works s an elastic perception of time where that same procedural typology returns in the form of a figuration that leaves space for narration. (…) (Daniel Lotta in «Critica in Arte – David Casini, a cura di Daniela Lotta») remerciement à Barbara Polla & la Galerie Analix Forever